HomeTips for YouLifestyleCreativity is about not breaking the rules

Creativity is about not breaking the rules 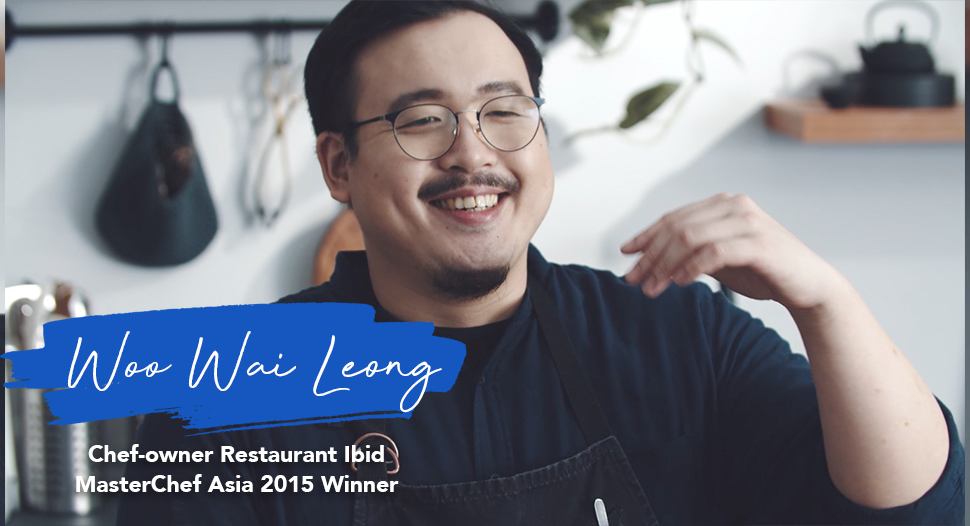 Chef Woo Wai Leong became a familiar name five years ago after winning the inaugural MasterChef Asia. In 2018, he finally debuted in the restaurant scene and became the proud owner of Ibid at North Canal Road. Operating with a lean team of six, he weathered through the hard challenges of the local fine dining scene with no front-of-house or sommelier. Two years on and heading straight into the storm of Covid, Ibid is still standing.

When asked how he is catering to the returning diners since the reopening after Circuit Breaker, the cheerful and bubbly chef quipped: “ We focus on the core tenets (no, I haven’t seen the movie) that we’ve always had — tasty food, happy team and excellent guest experience! Without these three elements, what’s the point of even running a restaurant?”

Running a restaurant is undoubtedly a grand milestone for chef Woo, who before the point of setting up Ibid, was just dubbed as the TV Chef. This former lawyer, self-taught culinary expert and once part-time bartender likened navigating the gastronomical scene to his past life: “It’s having a thorough understanding of the rules. Whether in law or food, you need to have a solid foundation of what the basics are so that you can then solve problems creatively while not breaking any of the rules!”

And within the boundaries of rules, he also embraces the unyielding freedom of jazz improvisation.

“I draw my creativity from anywhere and everywhere! Ideas and inspiration can be drawn from so many things! Sometimes we plan a dish out deliberately and it could take weeks or even months to do! And we also have days where dish ideas come about in seconds where my team and I just build a dish in the discussion, almost like jazz improv!”

In the final episode of Old School Favourites New School Tastes, chef Woo tapped into a sparkling corner of his crevice, where he gave a new Xi’an spin to one of his favourite tuckshop foods — fried chicken cutlet rice.

1) Tell us a fond memory of eating at the tuckshop in school. What nostalgic elements still tug at your heartstrings? Talk about some other dishes you also like at the tuckshop.

I remember an open-aired old canteen in the old campus of the school with dust blowing in from the decrepit empty plot of land we called a field. There was really only one dish that demanded attention, something that seniors would let us know when we first joined the school. It was a simple plate of fried chicken cutlet rice but packed with so much flavour! Oily, aromatic beads of rice with crispy fried chicken thighs pressed into the pillow of rice goodness. It was slathered in gravy (which I didn’t much care for) but it went great, drizzled with a slightly sweet and savoury dark soya sauce.

2) Is this why you’ve chosen to create the Xi’an spiced chicken with fragrant rice?

Yes, this breaks down what I loved about the tuckshop chicken rice to its core elements. Aromatic rice, beautifully cooked crispy chicken, and adding some Chinese-style spices, a nod to the modern Chinese restaurant that I own and run.

2) For this chicken rice dish you made, tell us which is the most important step to take extra care of or the dish might fail and why?

It’s honestly quite a forgiving dish (laughs)! Most Asian households should have a rice cooker so it’s simply about making sure you pack as much flavour into the rice cooker as possible so the rice can absorb the flavour. As for the chicken, it’s making sure to get the skin as crispy as possible without overcooking the meat inside. Here I suggest chicken thighs as they are more forgiving in the doneness department.

3) What are your values in cooking and tell us how they translate into preparing food for children so parents can be inspired and consider them when making meals for their kids.

I believe that food should first and foremost always be tasty. Secondly, you have to know your diner. In this case, I’m cooking for a child so I want the dish to be something familiar and tasty, at the same time where I can add a new element to the dish, I think that’s a bonus!

4) What’s your fondest memory of shopping at FairPrice with your parents and what did you always want to buy when you were a kid?

As a kid, I remember watching these TV ads for Kinder Surprise and would always want one whenever we visited a FairPrice, not that I would get one all the time (laughs). I also remember buying lots of dried pasta with mom so we can try cooking different sauces at home with her.

5) If this dish was for an adult, what would you have done differently?

For an adult, I would try something different and cook the dish with lamb, which would complement the Chinese spices better. I would also up the chilli and aromatics. Oh, and pair it with something naughtily boozy, an ice-cold beer or a glass of wine perhaps! 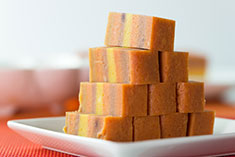 Food and sweet pastries (kuih) are a huge part of Hari Raya Aidilfitri celebrations for our Muslim friends!