HomeTips for YouFun FactsDid the ’90s rule the snack game? 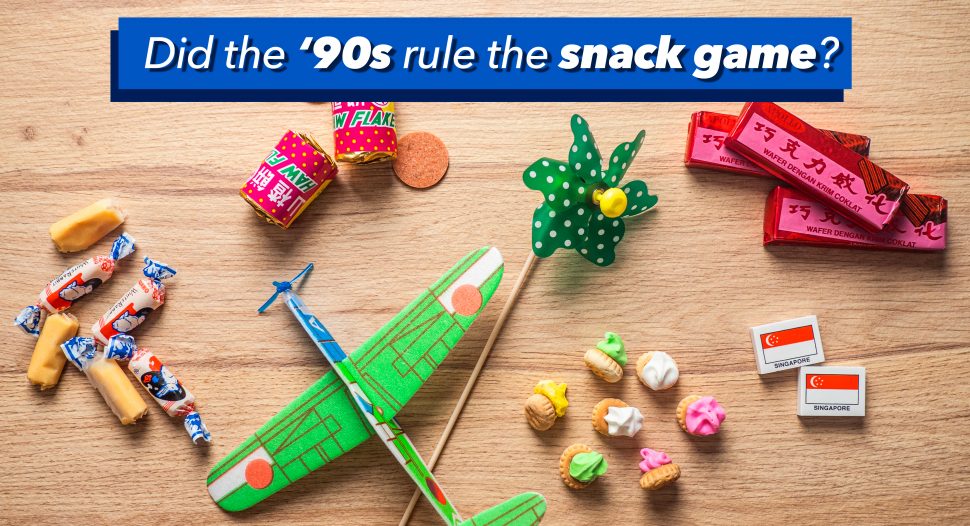 There’s pride in knowing that we were in on the coolest treats before they reached iconic status. Bring up Mamee, Hawflakes, and ice gem biscuits, and we’ll instantly be transported back to the magical time of being a kid.

Question is: which era ruled the snack game? Let’s get nostalgic:

With limited funds back then for real chocolate cakes, the ‘90s kids settled for a mini (and, frankly, a little dry) yellow sponge cake coated in chocolate.

What it lacks in taste, it makes up for with nostalgia – even for Lion Mums actress Nurul Aini, who we gifted a Hiro Chocolate Cake to relive her childhood!

Did you reuse your Pink Dolphin bottles for water just because it looked cool? You, friend, were the hipsters of your time.

You may have forgotten this, but Pink Dolphin is a vitaminised drink that packs Vitamin C, B6, B12 and absolutely no preservatives or colouring. So, yeah, we were cool and health-conscious. Hipsters.

Sporting adorable cartoon characters, Ding Dang & Tora treats were usually bought for the small toy that comes with it, instead of the chocolate-coated biscuit balls. Remember running to the nearest “Kedai Serbaneka” for boxes of these?

Hawflakes peaked in the ’80s, although other eras would come to enjoy them too. The dark pink discs are actually made from the Chinese fruit, hawthorns. So you were technically snacking on fruits! Right? Right.

Thin wafers that either came beautifully whole or crumbled like bad grades. Either way, they were light, colourful and had the perfect melt-in-your-mouth texture!

You may have remembered them being a little bland, but the pirings had flavour – yellow for durian, greens for pandan. We’ll get back to you on what the other colours are supposed to be…

Low cost milk chocolate wafers. Recognisable by its red packaging, this crispy wafer chocolate is small, light and handy. Did it properly fill our stomachs? We definitely believed it did.

Years have passed, yet this iconic taste remains immortalised in milkshakes and cookies today. Milky, sweet, chewy – it’s all the things we love as kids. Also, that tiny hint of danger that comes with “eating paper.”

You’ll be happy to know today that the inner wrappers are completely edible, made of glutinous rice paper.

Who else had an irrational bias towards certain colours?

This might shatter you, but the King of Biscuits was not created in Singapore. The biscuit was first introduced in Britain in the 1950s; the icings were added in 1910. The more you know!

Want to relive the good ‘ol days? Ice gem biscuits add a pop of colour in this nostalgic and creamy rabbit candy-flavoured ice cream! Get the recipe here.

Ah, the ancestors of M&Ms and Smarties – crunchy on the outside and soft inside. The satisfying pop from each of these chocolate bites made them so fun to eat! Also just as satisfying was placing them over our eyes and pretending to be Batman.

After giving it serious thought… let’s bridge our generation gaps and agree that every era had something amazing to offer. We’re sure some of these unlocked memories you thought were just fever dreams! 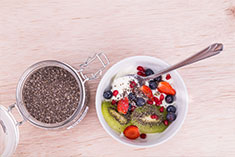 Your gut loves consistency and is bound to act up when you go hungry. Adding probiotic-rich foods like yogurt, kombucha or kraut to your diet helps counteract the occasional gut issues like constipation.