Christmas is about family, friends….and food!

Speaking of food, what people choose to indulge in during the festive season differs across countries. This is not including the varying regional traditions thrown into the mix!

From sheep’s head to a seven-course seafood feast, keep reading for the delightfully diverse menu of 7 unique Christmas food traditions around the world!

It’s that time of the year again for an estimated 3.6 million Japanese families to feast on fried chicken from KFC. Yes, you heard that right! It allegedly started with Takeshi Okawara, the manager of the first KFC in Nagoya. Back in 1970, he overheard an expat saying they missed eating turkey for Christmas, and that chicken was the next best option¹. Okawara made it his aim to make KFC’s chicken the next best option in Japan!

His efforts paid off — according to the American fast food chain, their Japanese outlets pulled in 6.9 billion yen (roughly US$63 million) from December 20 to 25 in 2018. Lines are reportedly out the door every year from December 23 onwards²!

You can fry up your own chicken at home easily! It may not be a secret recipe of 11 herbs and spices, but we’re sure that it’ll be just as tasty. Serve these Garlic Mashed Potatoes with Gravy to accompany the fried chicken to replicate the true experience.

Pierogi, or dumplings, is served at the Wieczerza Wigilijna (Polish Christmas Eve dinner) of most families in Poland. Meat lovers also won’t be finding their pierogi stuffed with pork or beef anytime soon as traditionally, eating meat is forbidden at Christmas³. Cheese, potato or sauerkraut stuffings are more common.

Traditional pierogi are boiled, but fried options are getting increasingly popular. Try your hand at making them with these Pierogi with Potato Fillings — your guests will surely polish them off quickly!

Ever wondered what raw whale skin with blubber tastes like? Only Greenlanders will be able to describe the taste to you!

“Mattak” is made from the raw hide of a narwhal or white whale and is traditionally eaten as a Christmas delicacy in Greenland. It’s believed to taste like fresh coconut, and often served alongside “kiviak”⁴. Kiviak is another Christmas food unique to Greenland made by wrapping an auk (small arctic bird) in seal skin, and then buried to ferment for several months⁵!

Feast of the Seven Fishes
Italy and North America

This Feast of the Seven Fishes is a tradition that stems from the Roman Catholic practice of abstaining from meat on the eve of most holidays⁶. Also known as Festa dei Sette Pesci or La Vigilia, the Feast of the Seven Fishes is held by Italian communities all around the world on Christmas Eve. As its name suggests, this is a huge dinner that consists of seven courses of fish and seafood to kick off the festivities!

Fun fact: The number seven also holds great significance in Roman Catholicism: it refers to the number of Sacraments⁷ and days of Creation, even the number of deadly sins!

Pull together a quick seafood-inspired meal with the simplest ingredients! Frozen seafood is great if you’re strapped for time.

And that’s just some of the ingredients you need to impress guests with this Baked Seafood Pasta Bag! It’s an easy recipe that really allows such quality ingredients to shine.

Selyodka Pod Shuboy is usually served cold as a starter or snack before the main meal.

We’re mixing it up a bit with a South African delicacy!

Originally eaten out of necessity rather than pleasure, mopane worms are incredibly high in protein. The edible insect is actually a large, spiny and mottled caterpillar belonging to the Gonimbrasia belina species (or Emperor moth)¹⁰. It just so happens that they’re usually harvested during the year-end.

So, forget the turkey for Christmas — you’ll be having a serving of mopane worms fried with tomatoes, garlic, chillies and onions at the South African Christmas dinner table instead!

Fun fact: Mopane worms get its name because they feed on the leaves of the mopane tree! Mopane trees are called “macimbi” and “mashonja” in Zimbabwe, “phane” in Botswana and “omagungu” in Namibia¹¹.

Lastly, we’ve got Smalahove! Smalahove (Smalehovud, Skjelte) is a traditional Western Norwegian delicacy with sheep’s head as its main ingredient¹². Yes, the sheep’s head — salt-cured, smoked and boiled to serve whole on your plate!

The idea of Smalahove is believed to have initially come about because of the need to use the whole animal without letting any part go to waste. Today, all Norwegians who enjoy it tend to have Smalahove on the last Sunday before Christmas! It’s usually served with potatoes (“rutabaga”), beer or an Akvavit¹³.

While we wait for an opportunity to travel to Norway and try this delicacy, you can first serve up strong flavoured spirits similar to an Akvavit for guests who enjoy them:

There’s also an option for the guests who still love a classic red with their meal. This shiraz pairs well with other meats more easily found in Singapore like lamb and braises.

We hope that this article has given you a glimpse into how Christmas is celebrated by various cultures around the world.

Shop for all of these fresh picks, as well as more you need for the upcoming festive season here! 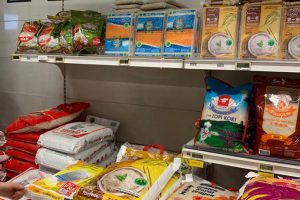 As the adage goes, cheap things are not good, good things are not cheap. Or is it? We put a price on why it’s not the case with FairPrice Housebrand products!